The 4-year New South Wales mineral potential mapping project was initially developed in 2017 as a pilot study by the Geological Survey of New South Wales (GSNSW) in collaboration with Kenex. The aim of the project was to identify areas of high prospectivity for key mineral systems across the state in order to deliver value-added pre-competitive geoscience data for the mineral exploration industry, for use as a technical resource for improved mineral system studies including global endowment estimations, as well as to assist the government in making justifiable land-use decisions. Due to the success of the pilot study, the project was continued until 2020.

The key metallogenic provinces and mineral systems modelled across NSW were:

The project utilised GSNSW staff’s knowledge and expertise of the mineral systems combined with the expertise of Kenex in mineral potential mapping, and promoted the high-quality geoscience data that the GSNSW provides to the public. The datasets used in the project are all held and managed by the GSNSW and include data that was prepared with mineral potential studies in mind such as well attributed seamless basement geology, detailed attribution of faults, and multi-element geochemistry. The quality of the datasets provided for the modelling have enabled an extensive number of variables be tested for relevance to each mineral system using data-driven methodologies.

The mineral potential mapping was undertaken using the weights of evidence approach, which produces data-driven mineral potential maps that describe the geological potential of each region for each mineral system modelled. This approach was used as it allowed a comprehensive review of the outputs at each stage of the modelling process to ensure that they were statistically valid, made geological sense, and were actually useful.

The workflows developed during the project and the resulting mineral potential maps have been well received by the GSNSW and have successfully mapped the mineral potential of a number of key metallogenic province in NSW. The results have been delivered in a series of comprehensive Mineral Systems Atlas’ across the state. Each Atlas contains all of the GIS files generated for each mineral system model including: training points, study area, predictive maps, weights tables, mineral potential models (including data confidence maps), and a detailed spatial data table.

The Atlas’ and project reports are available to the public through the Geological Survey of NSW website. 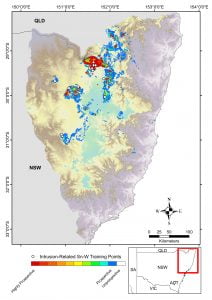 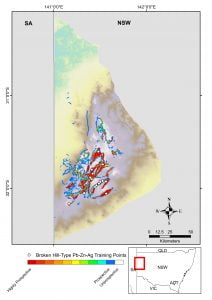 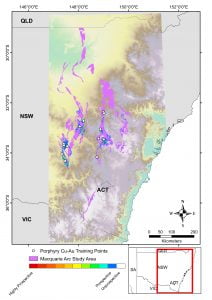 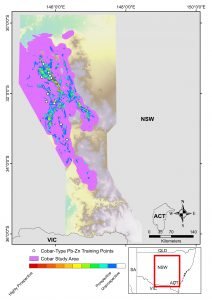